“Stand up for our children! No more exam factories.

learning. Instead, learning is getting shrunk down to yes/no answers to fit

what the tests require. Teaching to the test should have no place in a 21 st

Parents Defending Education is launching a national pledge against testing in

primary schools. The aim is to help prepare the ground for action against testing –

including a possible boycott of SATS – in primary schools from Sept 2016.

We want 2016 to be the last year of useless tests.

There is overwhelming professional evidence showing the negative impact of many

of the tests. As Michael Rosen notes

require. Teaching to the test should have no place in a 21 st century education

only among parents but across the teaching profession. The government seem

impervious to detailed evidence such as provided by the Cambridge Primary Review.

Our primary schools are being turned into ‘exam factories’. Routine and rote learning

is replacing curiosity and excitement. It is also creating additional problems for many

children with Special Educational Needs (SEN). There is also evidence of testing

having a negative impact on children’s mental health.

Be Kids in May 2016. Many parents are exasperated at the refusal of the

government to take note of our concerns or listen to the professionals. We feel that

‘enough is enough’. Whilst we recognise that government has a role in education, we

believe that for too long now, a narrow ideological version of education has been

forced on teachers – often against their will &amp; professional judgement.

about the way in which our children are educated. It aims to help re-balance the

debate in education giving parents a powerful and clear voice.

We are encouraging parents in every school to get together, to organise meetings

and to debate the key issues. We recognise that in many schools head teachers and

governors will be sympathetic and supportive. We hope they and other educations

campaigns and unions will help facilitate the pledge.

In September we will announce the next stage of action. The government has plenty

of time to listen, review the evidence and drop the tests before Sept 2016. It has

already announced a partial u-turn on the White Paper. It needs to take action now

system that will benefit all children.

The recent publication of the education White Paper has lifted the lid on government plans for education. The plans concealed from us before the ele 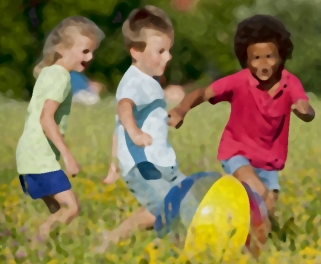 ction are now menacingly clear. We have had enough!  We want our children to enjoy and love learning. So we want to rescue our schools from the grip of a series of policies which have affected every aspect of education, from testing to funding, from nurseries to post-16. We also want an end to privatisation and austerity in schools.
Our schools don’t belong to the government. And our schools don’t belong to the trusts, charities and academy chains. They belong to our children, to the community, to the parents, to the teachers and support staff and to future generations. We recognise government has an important role but it cannot impose its vision on our children without our consent.

Therefore we are launching a ‘Parents Defending Education’ campaign today in order to reassert the rights of parents and engage in the debate about what sort of education we want for our children. None of the plans outlined in the White Paper were put to the electorate at the last election. The government has no mandate. Accordingly we intend to campaign to defeat the White Paper and other key aspects of the government’s education policy. Parents need to stand up for education, stand up for themselves and stand up for our children.

Initially we have five main points:

We know there are other very important and connected issues, such
as the impact on children with Special Educational Needs and from economically & socially disadvantaged families. We will work with parents to develop a response to these areas of concern.

We intend to create a delegate based steering committee which will help us unite and focus our campaigning work together to maximise its impact across the country. We also intend to broaden the basis of our campaign as quickly and widely as possible.  We want to work with all groups and organisations who share similar objectives. We will also discuss plans for a national campaign conference for parents and the possibility of a national demonstration.

We are delighted to announce that children’s author, Professor of Children’s Literature and parent Michael Rosen has agreed to be our first patron. We urge parents in every school, in every village, in every town and in every city to meet, discuss, and get organised in the next 4 weeks. We will provide resources to support this as quickly as possible via our Facebook page.

For further information about this statement and to register for the steering committee on 21st May please email: parentsdefendeducation@gmail.com    Facebook: Parents Defending Education. If you can help, please contact us.